As NATO and the Ukrainian government have frequently pointed out in recent days, the Russian army has massed significant forces on the Russian/Ukrainian border. As Ukraine attempts to crackdown on separatists in Eastern regions (whose origin is disputed), it seems at least plausible that an armed Russian response will be the final result. However, according to a recent report by the Royal United Services Institute, the heightened state of readiness of Russian troops can only be maintained through May, giving Russia limited time in which to act. However, Ukraine faces its own challenges in defending its territory, namely its depleted military capabilities and the geographic grouping of its bases.

Russia has 40,000+ troops amassed in the various battle groups and reserves surrounding Eastern Ukraine. However, these troops have been in position since late February, and can only maintain a state of readiness for a limited time. Based upon both the positions of Russian forces and the locations of separatist violence, Russia appears poised to attempt to seize a major portion of Eastern Ukraine if an invasion goes ahead; at the very least establishing a land corridor to Crimea, but possibly involving the seizure of more Northern regions such as Kharkiv. 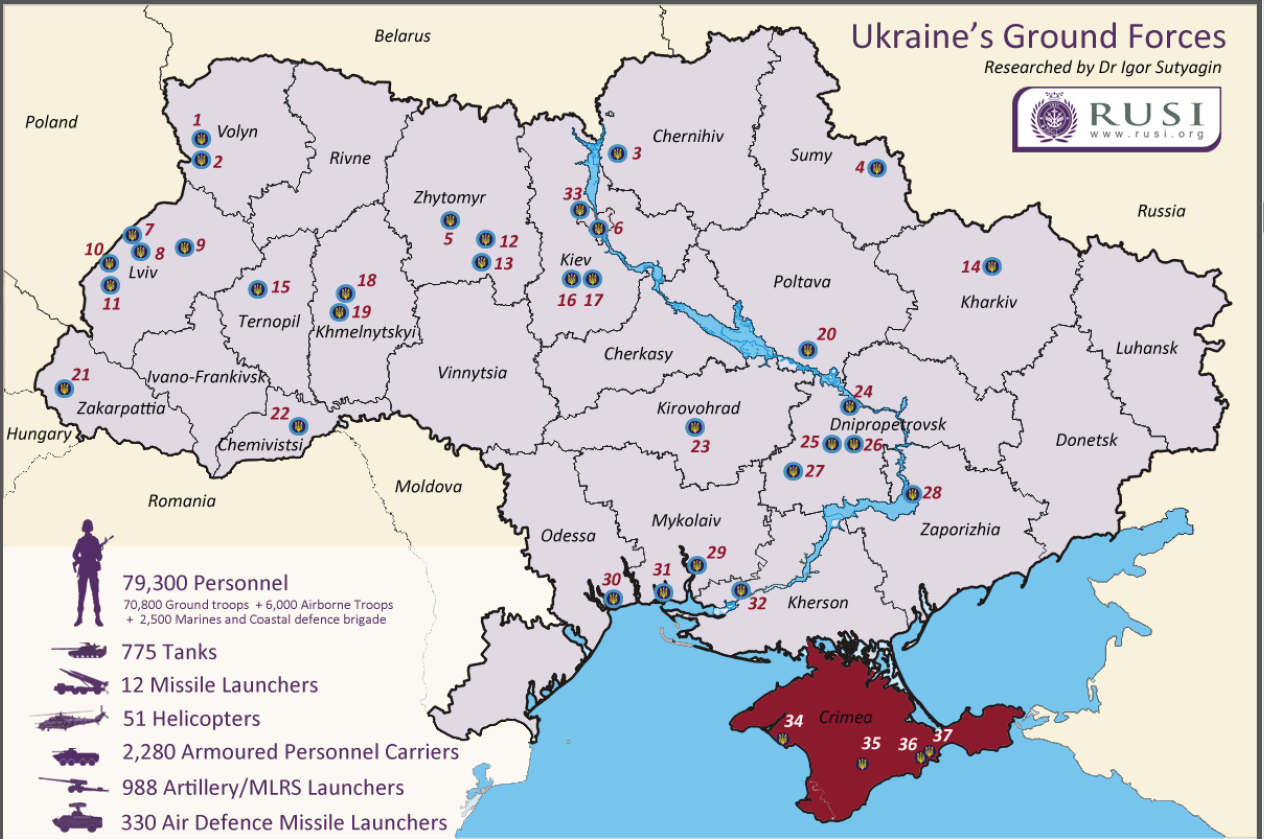 Disturbingly, it is likely that any Russian military move would be quite successful. According to the Military Expenditure Database of the Stockholm International Peace Research Institute Ukraine has spent on average about $3 billion annually since its independence from the Soviet Union. While Ukraine was left with significant amounts of former Soviet equipment, they are largely outdated and in poor states of repair. The extent to which Russia has modernized and improved its armed forces since 2008 is a matter of debate, but there is no doubt that they are better trained and equipped than their Ukrainian counterparts. Ukraine also faces a logistical challenge: its bases are largely concentrated in the West, another relic of the Soviet era. A deployment to the East would involve long and vulnerable supply lines without troops even having left the country. This is not even to mention the question of whether Ukrainian forces would fight at all.


Nice to be back in Kiev. Met an air force reservist near Maidan. Would he go fight to save Donetsk? "No way, let them f**k off to Russia"
— Simon Shuster (@shustry) April 14, 2014

Ultimately, Ukraine is in a tenuous position militarily. Any Russian attack would likely achieve its strategic objectives in a matter of days. While the Maidan was certainly a victory for Europe, to cement its gains the West will need to lend greater support to Ukraine in the face of Russian aggression, or face the prospect of welcoming only a rump state into the European community.

Posted by Waka Flocka Farley at 10:56 AM

The refugees will make this war similar to WW2