Kim’s is Big, Trump’s is Bigger, is Putin’s Biggest?

Yesterday Russian President Vladimir Putin addressed his country in the state of the nation speech. One topic he presented is what he is calling “invincible” nuclear weapons. The weapons are claimed to be able to overcome any US missile defense systems. Furthermore, they can reach “anywhere in the world.” In addition to the continued boasting as CNN puts it, Putin displayed an animated video of missiles targeting Florida.

It is unclear if this is hatred towards the famous Florida character, Mickey Mouse, or a heartfelt blow to United States President Donald Trump, who owns several properties and resorts in the Sunshine State. Putin said the West should not take this lightly and that it is not a bluff. More interesting than the motivation behind the animation is that Putin introduced his possession of nuclear tipped cruise missiles. Experts are already making comparisons from Putin’s new weapons and the America operation, Project Pluto. Project Pluto was shut down decades ago due to safety concerns. For more information and a dialogue on the comparison of that project to Putin’s statements, view:  https://www.scientificamerican.com/article/russias-new-nukes-are-similar-to-a-risky-project-the-u-s-abandoned/. 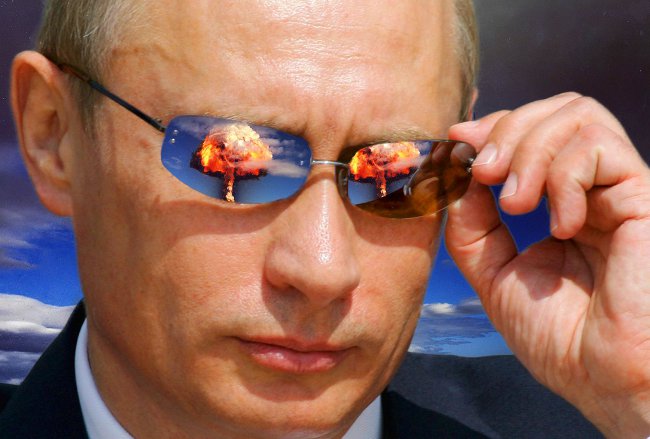 President Putin made a splash with his state of the nation speech. The most head-turning comment was his claim of the weapons he introduced can render the US and NATO defenses useless. Whether or not these weapons are as powerful as he claims will be discovered in time. What we know now is that President Putin is in an election cycle, where he is expected to win in coming weeks. Perhaps the Russian ruler’s statements were political propaganda more than scientific fact. Either way it is clear that Putin has thrown his hat in the center of the ring of nuclear power conversation. Recently there has been a bombardment of tweets from the US President directed towards North Korea’s “little rocket man.” One tweet regarded the size of their nuclear buttons. While Trump claims his is bigger and better than that of the North Korean leader, it appears that Putin has made a claim that his is bigger than Trumps. I imagine the American President’s twitter fingers are itching at a potential post. While his tweet may be in the drafts column for now we can only sit and wait to find out whos button truly measures the largest.