Disarmament: Are We The Problem Or Are They? 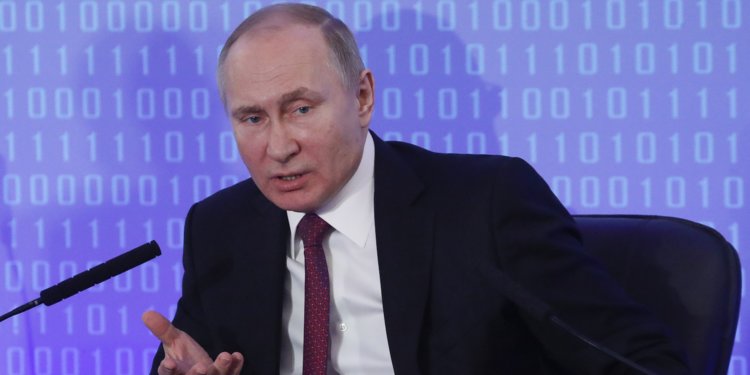 This week, Russia's Foreign Minister Sergei Lavrov condemned the United States for perceived infringement on the Non-Proliferation Treaty (NPT). He cited the nation's participation in "joint nuclear missions" and the deployment of and training in strategic arms in Europe, both of which he says are violations of the NPT. With such "destabilizing factors," Lavrov concludes that real disarmament is impossible.

Does he have a point? Perhaps. However, his point is lost in a fog of paranoia as he claims that the U.S. military is attempting to prepare European countries to use nuclear weapons against Russia. The U.S. and NATO have both denied this and other allegations that their build up of defense in Eastern Europe against Iran is really meant towards Russia. Lavrov also makes claims that Russia is not deploying or testing weapons and has reduced its nuclear arsenal 85% since the Cold War, but we all know better. Russia can wage a strategic war of words all it wants but it does not detract from their role in providing plans, support, and/or materials to the U.S.'s enemies for the development of nuclear weapons.

In fact, as a recent article suggests, Washington is concerned that Russia's military strategy is "evolving" and increasingly focused on active use of nuclear weapons. It cites knowledge of illicit Russian military exercises in which nuclear weapons use was simulated, the caliber of which has not been seen since the height of the Cold War.

This too, however, should be taken with a bit of skepticism, as it is possible that the White House may be, let's say 'overestimating' Russia's activity in hopes of forwarding its own plans for expanding nuclear power. This approach of increasing power may be, as the Pentagon puts it, "grounded in a realistic assessment of today's strategic environment." Just earlier this month, both Russia and the U.S. claimed that the other was in compliance with reductions outlined in New START, despite the fact that an assessment on February 5th showed that Russia is deploying more nuclear might than the U.S. Trump has made clear that, while he does not want any nation to possess nuclear power, as long as they do, he wants to ensure that the U.S. has the most; Putin has expressed similar sentiments. This coupled with Jonathan Granoff's critical comments on our NPT compliance during his visit to the Patterson School leave us with a lot to ponder.

What might we learn from all this? The Russians are paranoid. We're a little trigger happy. And we both have a lot of nuclear weapons we're not planning to reduce any time soon. So nothing new.

Posted by Anonymous at 8:32 AM