Cuttin' Grass and Kickin' Ass: Autonomous Robots in the Future

Technological innovations throughout history have changed the face of warfare.  Nations who were able to adopt the newest technologies and incorporate them in their tactical and strategic battle plans had a marked advantage over other nations that lagged behind.  One of the newest technologies that may revolutionize warfare is the coupling of artificial intelligence (AI) and robotics to create autonomous and semi-autonomous robots.  The evolution and development of autonomous weapon systems has been met with concern by some who question the morality of employing such weapons.  However, autonomous robots and weapons systems will play and important role in the future of warfare and the world will not be able to completely stop their employment. 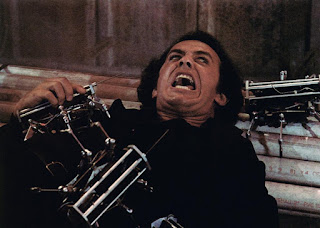 The morality of utilizing autonomous weapon systems in warfare has undoubtedly raised concerns throughout the world.  Recently, over 100 leaders in the technology field sent an open letter to the United Nations requesting a ban on automated weapons.  These specialists believe that autonomous weapons systems are morally reprehensible and deserve to be banned under the UN Convention on 21 nations (I don't count Palestine) are calling for a ban on autonomous weapon systems.   Of the nations calling for a ban, only a few, if any, would be likely to obtain the technology and employ it as a means to lessen the combat power gap between its rivals.  So, who is attempting to open Pandora's box?
Certain Conventional Weapons.  While their concern is understandable, only 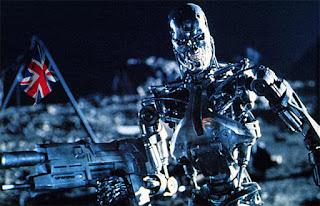 The US and China are leading the way when it comes to autonomous weapon systems with ol' Vlady Putin picking up slack in the back.  In 2016, the Chinese held a month-long competition titles "Overcoming Obstacles 2016" in which teams competed in multiple categories by demonstrating the capabilities of their autonomous robots.  In addition, China has announced plans to develop an autonomous multi-role surface vessel named the D3000.

Indeed, the United States is the current leader of the pack when it comes to autonomous weapon systems.  The DARPA developed anti-submarine warfare ship "Sea Hunter" is the first autonomous ship to be launched for testing by the US.  The Sea Hunter has recently completed its sea trial and has C-RAM and the M15 Phalanx CIWS.  Although the US may be in the lead, Russia has expressed interest in automated weapon systems and has been testing their tech as well.
been turned over to the Office of Naval Research for further development.  The US has also met with success in developing defensive automated technologies such as the

Russia recently held a series of tests at a proving ground outside of Moscow in which they tested the Nerekhta.  This unmanned ground vehicle is still being developed but Russia has indicated its desire to use these as an autonomous ground cruise missile (of sorts).  Colonel Pomazuev of the Russian military stated at a recent weapons testing that Russia already has a semi-autonomous tank with a remotely operated turret in the works.

What is clear from all this is that Russia and China have demonstrated their position on how they plan to utilize autonomous robots in warfare.  This is not surprising as China and Russia are desperately trying to close the power gap with the US.  Technologies such as autonomous weapon systems will give those who wield them an advantage.  Autonomous robots will be developed and they will play a definitive role in warfare.  More than likely, the role will encompass both lethal and non-lethal tasks as countries struggle to close the power gap.