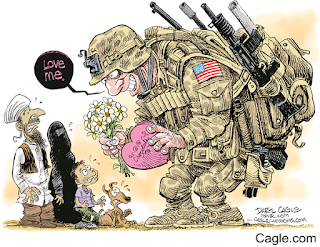 When Counterinsurgency (COIN) operations entered full-swing in Iraq (and to a lesser extent in Afghanistan) the catch phrase of “winning the hearts and minds” re-entered the lexicon of military leaders and this strategy was heralded as being the key to success in Iraq and Afghanistan.  However, within a decade the term “hearts and minds” was met with derision and cast aside as overly naïve and unrealistic.  Unfortunately, this strategy has received undue criticism in its oversimplification and the lack of understanding by those that attempted to implement it.

The simplified idea that “if I just give them stuff they will like me” has plagued military units since the start of the wars.  Schools go unused, clinics unstaffed and bags of food resold in the market and the population remains distant.  Why is this?  Looking back to the Malay Emergency, we find a different idea of how to win the “hearts and minds”.

True, the Malay Emergency is different than Iraq and Afghanistan, but so is every war; they are all different.  And yes, there are many factors that contributed to the success of the tea-drinking Brits such as physically separating the ‘base’ and controlling every aspect of the at-risk population such food control programs and the daily deluge of propaganda. However, the British recognized that ‘winning’ the population was a necessary part of its success criteria.

To win their ‘hearts’ you have to convince the population that your success is linked to their interests.  To win their ‘minds’ you have to convince the population that you are actually capable of winning.  Unfortunately for the predominantly ethnic Chinese communist movement in Malaysia, the British utilized a host of social and political reforms coupled with tactical victories to limit the success of the Malayan Communist Party and its armed wing, the Malayan National Liberation Army.

In the ‘hearts’ category, the British implemented a series of social and political reforms aimed at undermining the communist position.  The British took control of the political narrative and pushed the idea of nationalism to separate the anti-colonialists from the communists.  The British government also carried out massive civic and information (propaganda) programs targeted at the rebel’s ‘base’.  In the ‘minds’ category, a series of British tactical victories pushed the communists further and further into the jungles, physically separating them from the people and convincing the population the insurgent movement was too inept and incapable of winning.

There is truly more to winning the “hearts and minds” of a population than simple giving money and things away.  I can only hope that America’s recent experiment with “hearts and minds” hasn’t left a bad taste in the mouths of military personnel, policy makers and the population.
Posted by Ares three six at 11:29 PM