Deserters no longer welcome in Canada 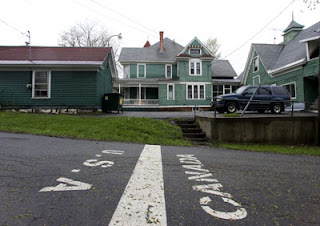 Our friendly neighbors to the North have become decidedly less hospitable to American deserters.

A refuge for war resisters and draft dodgers during the Vietnam War, as many as 90,000 Americans crossed the border to seek refuge. Many were given permanent residence (which could lead to Canadian citizenship), though the majority returned Stateside after President Carter granted them amnesty in the late 1970s.

Since then, there have been an estimated 200 Iraq War resisters residing in Canada. In 2009 the House of Commons passed a motion that would allow for U.S. military deserters to stay on compassionate grounds, but the Conservative government did not agree. As a result, the Canadian government has deported several American war resisters this year. 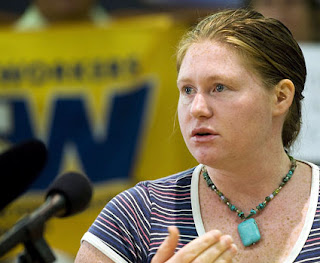 One such deportee is Kimberly Rivera, the first female resister of the Iraq War.

Rivera, a 30-year-old Texas native, served three months in Iraq with the US Army before becoming disillusioned with what she saw there. As a result, she moved to Canada in 2007 during a two-month leave after being ordered to complete a second tour. In 2009 she was ordered to leave or face deportation, but she appealed the decision. However, this fall she was denied permanent citizenship on compassionate grounds. She turned herself in at the border crossing near Alexandria Bay in New York and was immediately taken into military custody.

On Monday she pleaded guilty to two counts of desertion and received a bad-conduct discharge. She will serve ten months in prison as a result. Two other deportees, Robin Long and Clifford Cornell, also face jail time.

Several rallies were held in Canada protesting Rivera's deportation and she received support from around the globe, including from Archbishop Desmond Tutu.

The Canadian government defends their decision, claiming that the circumstances have changed now that joining the U.S. armed forces is a voluntary decision. If the Canadians won't keep them, is anywhere safe for American deserters to stay?
Posted by Ndank ndank mooy japp golo ci naay at 1:28 PM