What the Hell are We Doing!? 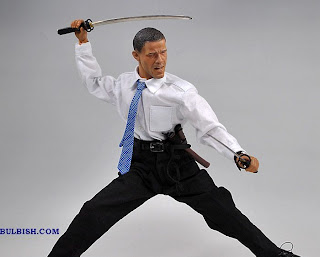 The other day, the Obama Administration decided that the pressure from the international community, namely the UN and the Arab League, was too much for him not to pursue military action in the Libya situation. With this "no fly zone," the administration has fallen into the trap of believing that detached operations from aerial platforms can effect lasting strategic change. The administration struggles to answer what the endstate in Libya looks like. I thought we should expand on this for them.

First, we should understand (as best as we can) what we are committed to.
- We want Qadaffi gone, but AFRICOM, at least on the low side, is not allowed to kill him.
- Some have admitted that a Libya with Qadaffi is still a possibility.
- We are supporting an unknown "rebel" entity that has no clear leader or political organization that is prepared to take control of the country once "regime change" happens.
- We got into this now instead of before, because........
- The Arab League originally supported a "no fly zone" but not they are wobbling
- Russia is laughing at us. But Putin is an idiot.
- We are going to "hand this over" ASAP

Someone studying strategy would consider what the end of this thing looks like. So lets...

Those thinking about this in the administration are likely praying for an Egypt-type scenario where the Libyan military, with overwhelming support by the Libyan people, turns against Qaddafi and he is run out of town. Somehow there is a smooth transition to an interim government, followed by steps toward elections. Since this same military was just shelling its people, I don't see it happening, but you never know... Though the Eqypt solution still isn't even clear in Egypt, we will call that the absolute best case scenario.

More likely to happen in this case is that if Qaddafi is killed or run out of town and retaliatory acts ignite in a lawless land. This will result in complete state failure, a la Somalia. What then? The international community will be hard-pressed to stand idly by while the country implodes, since military action contributed to this state. Someone, therefore will have to commit Stability and Support personnel into the country that will help stand up a new Libya. The uncertain security situation will likely demand some sort of military personnel and "they" will look to the US for money and/or troops. Regime change was our mission in Iraq, and that is what this outcome resembles.

Considering the process before Qaddafi falls...our "humanitarian effort" right now is designed to establish a no fly zone to prevent Qaddafi from massacring somebody. If the rebel forces restart their offensive and start getting whacked by the Libyan Army again, what will we do? An idea...lets identify a leader in the resistence that has a reasonable amount of political clout and may be able to run the country. We can embed special forces with this guy and have them call in Close Air Support until the regime falls. Oh wait....we did this....that guy's name was Karzai.

Now...if Qaddafi doesn't fall. He can rightly declare victory against basically the entire world. Does this matter? Maybe, maybe not. I believe that it will place in doubt other country's belief in America's resolve. President Obama will almost certainly not be reelected.

Reality check:
- This "got real" to many when our first casualty, an F-15 (thankfully no humans were seriously wounded) crashed into "friendly" territory because of mechanical problems. Let's imagine for a second if this plane crashed where Qaddafi's goons got a hold of him.

Our recent lesson on the mythical RMA addresses this situation very well. Despite the Army Operational Concept - the product of a lengthy project that considered the fundamental fallacy of the RMA - some among our higher brass are still convinced that the technology advances in recent decades have lifted the fog of war and allowed us to execute decisive action using PGMs (precision guided munitions) and no BOGs (boots on the ground). BG McMaster discussed in a teleconference with the COIN class this week how Iraq and Afghanistan have proven this.

To be clear - I want the US / Obama to "win" this thing. I just don't know what that means. Unfortunatly, the only good solution I see is someone (hopefully not the US) conducting Iraq-like Stability and Support Operations in Libya. Hopefully they will quell the insurgency (because there will be one) early with the lessons that we've learned over the last 11 years.
Posted by Marshal Davout at 12:17 PM