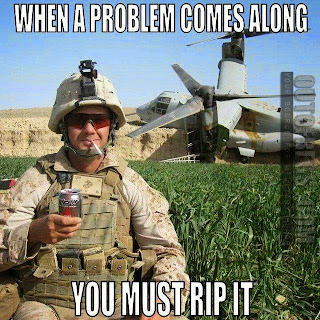 The State Department has approved the sale of 17 V-22 Ospreys to Japan.  Considering that Japanese Prime Minister Shinzo Abe was just in the White House a few days ago, as soon as Japan expressed interest the approval of the transaction was pretty much assumed, but now it is official.  The first thought going through many military veterans, however, is “Why?”  The V-22 doesn’t really have a sterling reputation.  The recent decision by the Navy to purchase V-22 tiltrotors to replace its C2A Greyhounds as the carrier on board delivery missions (COD.. basically the mission to resupply carrier groups by air) is still being hotly debated, with very few outside of the Pentagon (particularly the Marine Corps) advocating the deal as being a good one.  In fact, while the decision is not as widespread as the A-10 debate, it is easily as polarizing.  The difference is that while the A-10 is one of the most beloved aircraft by the rank and file, the V-22 is easily the most widely hated.  I personally know a soldier who survived two crashes of the hybrid air platform. 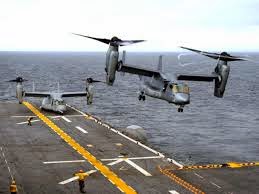 The platform’s performance has improved over the years, however.  It is not quite the flying coffin that many believe it to be.  In fact, while the aircraft is admittedly expensive, there have only been six deaths from crashes since the Osprey entered service in 2007.  This is considerably less than the amount of deaths from either rotor wing or fixed wing craft just in Afghanistan.  The Osprey is also coming into its own as a fast Medevac, with armed Ospreys providing the firepower that was previously lacking, as the Osprey was too fast for the AH-64s and too slow for the fighters.  The President even has his own personal Osprey.  Which he’s not allowed to fly in.  It has, however, been deemed safe enough to transport the President’s dog. 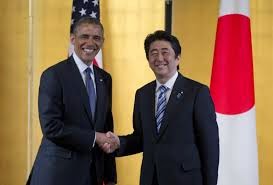 Outside of the US, however, Japan is probably the country with the most exposure to the V-22 Ospreys.  The Marines have been flying them out of Okinawa for a couple of years now, and despite vehement complaints by the Japanese government at the original deployment, the Japanese Maritime Self Defense Force has operated closely with these same craft and apparently have become enamored with them.  The Osprey is a faster VTOL option than traditional rotor wing craft, and the familiarity that the JMSDF already has will ease transition into the new airframe, but there are probably other reasons Japan is buying these craft.


For one reason, the JMSDF has extremely close ties with the US Navy, and the two services frequently hold joint operations.  Interchangeability between the airframes will be an added benefit to the V-22s capabilities.  The purchase will also, however, act as more cement for the Japanese and US relationship. In recent years Japan has inextricably tied its national security to that of the United States, and this purchase is a highly visible symbol of that relationship.  You bet China is watching.
Posted by Midnight Sparkle at 1:48 PM