Mr. Medvedev Has A Full Plate… 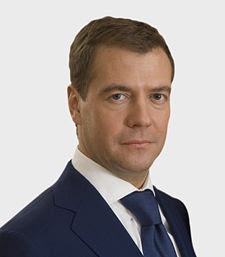 Russia’s been busy the past couple of days. Here’s a quick recap:
-At a meeting of the Arctic Council (what an awesome name!) Russian Foreign Minister Sergei Lavrov insisted that his country had no plans to boost its military presence in the Arctic. He said that existing conventions in the Law of the Sea Treaty could resolve disputes in the region, and that Russia would commit no more troops that it has already allocated to the region (back in March Russia said that it would commit army units and establish a Federal Security Service coastal guard presence in the region).
-Russia has taken formal control over the de-facto borders of South Ossetia and Abkhazia. President Medvedev signed formal agreements with both countries to administer the border regions for five years. Neither South Ossetia or Abkhazia have any authority over the troops that Russia sends.
-Political desk chief Viktor Kochukov and mission attache and executive secretary Vasily Chizhov were stripped of their credentials and expelled from Russia's mission to NATO on accusations of espionage. Talks between NATO and Russia resumed this past Wednesday for the first time since the August War last year. The Russian Foreign Ministry issued a statement calling the expulsions "provocative" especially given the increased tensions caused by NATO plans to hold military exercises in Georgia next week.
-On Wednesday Russia launched what is believed to be a spy satellite with a high-resolution optical camera. Analysts believe that it is a Kobalt-class satellite with several retrievable film canisters.
- The Russian Defense Ministry announced on Tuesday that it plans to reduce its armed forces by 130,000 soldiers, which would put its total number of military personnel at 1,000,000 troops. And its not just the lower ranks who are getting axed; the Defense Ministry issued a statement saying that one fifth of Russia’s senior officers will be dismissed because they failed a military aptitude test.
So what does all this mean? Russia is staking territory out in the Arctic circle presumably because its estimated that up to 13 percent of the world's undiscovered oil reserves and 30 percent of the world’s undiscovered natural gas lay under the icecap. Its contesting part of the Arctic Circle with Denmark (which was part of the reason why it planted a flag 4,000 feet under the pole back in 2007). Its streamlining its military by cutting out all of the deadwood either because it wants a leaner, more efficient fighting force for the 21st century or it wants to save money (its suffering quite a bit from falling oil prices). The spying case and the satellite launch seem suspiciously timed to me. The NATO military exercises were planned more than a year ago, so Russia may have chosen this time to launch this satellite (on the same day that talks with NATO began) just to show that it was still keeping its military hardware in good shape. The spying charge seems odd too; this is the first time that Russia and NATO have talked in almost a year. Why would Russia risk worsening relations by spying? But then again, maybe they just think having a good relationship with NATO was all that important in the first place.
The US has largely been discounting Russia as a marginal global power since the USSR’s collapse two decades ago. Russia is obviously doing some serious strength-training, and wants to carve out its own niche in the international system. I seriously doubt that there is anything that the US or Europe can do about that.
Posted by AR at 1:44 PM