"At the moment we can either afford to have the carriers, or the aircraft, but not both." 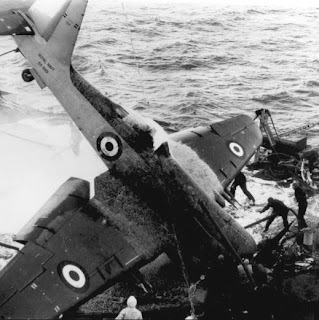 The US Navy has announced that in the coming decade it will experience a ‘strike fighter gap.’ That is to say between 2016 and 2025 it will need to replace a number of aging F/A-18s. Problem is, Defense News reports the new F-35 Lightning II Joint Strike Fighter won’t be ready in time and in sufficient numbers.

Due to this shortfall, the USN is currently considering three options: (1) upgrade older planes to keep them in service longer, (2) speed up the JSF program so new planes will be available in time, or (3) postpone JSF development and purchase 50 to 282 new F-18s.

Clearly option 1 is risky. Maybe the Navy would have better luck than the Army in dealing with old planes, but as we’ve seen over the past year, aging planes can fall apart in mid-flight. Add carrier take-offs and landings into the picture and the odds of a serious failure increase greatly. Option 2 on the other hand would be the most expensive, taking money away from other Navy projects.

Option 3 seems increasingly attractive, as it provides the Navy with a relatively cheap and safe solution to this dilemma. Conveniently, Boeing has just released a new version of the F-18, so the USN can still claim to be upgrading its forces while saving money.

While this is great news for the Navy, it has the US Air Force and Marines as well as the Royal Navy up in arms. Like the production of most goods, the F-35 JSF is subject to economies of scale. In other words, the more you build the cheaper they are to produce, so by holding up their end of the program, the USN is pushing greater costs on all parties interested in developing and purchasing the JSF.

For the Brits this is also received as a message that the F-35 is unnecessary and the Royal Navy might as well buy Eurofighters or Harriers for their two new carriers currently in production. Such a move would shoulder the Air Force with an even greater share of the cost of the JSF program.

But whatever the reaction of the British, a move by the Navy away from the JSF would be a major blow to the program, and at this late stage of the game would be detrimental to US interests.
Posted by Ale81 at 10:24 PM