What in Sahel is Happening?


Reports on US and French operations in the Sahel and the region's growing crisis are rarely seen in the news. The Sahel is suffering from one of the worst humanitarian crises in the world and is officially facing the fastest-growing displacement crisis. The situation deteriorated rapidly in 2019 due to terrorist groups gaining control of the territory. As worrying as the presence of these groups is, the approach that the US and France have taken to militarize the region is even more so.

The current counterterrorism policies France and the US are promoting are likely adding to regional instability. External actors in Africa too often opt for hard power and militarization to deal with terrorist and insurgent groups, including providing unprepared and at-risk locals with weapons. Most large-scale military operations against these armed groups have only forced thousands of civilians to flee their communities, resulting in dismal humanitarian consequences that we have already seen in Libya, Iraq, and Afghanistan.

The Pentagon has discussed withdrawing thousands of military personnel that currently provide support in Africa. Not only would this decision contradict the geostrategic ambition of counteracting Chinese and Russian influence on the continent, but the previous withdrawal of US troops have left local and Allied forces alone to fight off groups tied to the Islamic State or Al-Qaeda before they are sufficiently subdued. A retreat from Africa now would only leave breathing room for these groups to expand in the Sahel at an exponentially dangerous rate.

Withdrawing from the region is not the answer to defeating terrorism in the Sahel, nor is continuing the current approach to counterterrorism. The military forces of the US and the rest of the international community require greater communication and coordination with each other and regional actors to address the root causes of the conflict. It is necessary to implement new synchronized strategic and operational structures and policies to counterterrorism, build the capacity of Sahelian forces, restore state authorities, and address the dire need for development assistance. 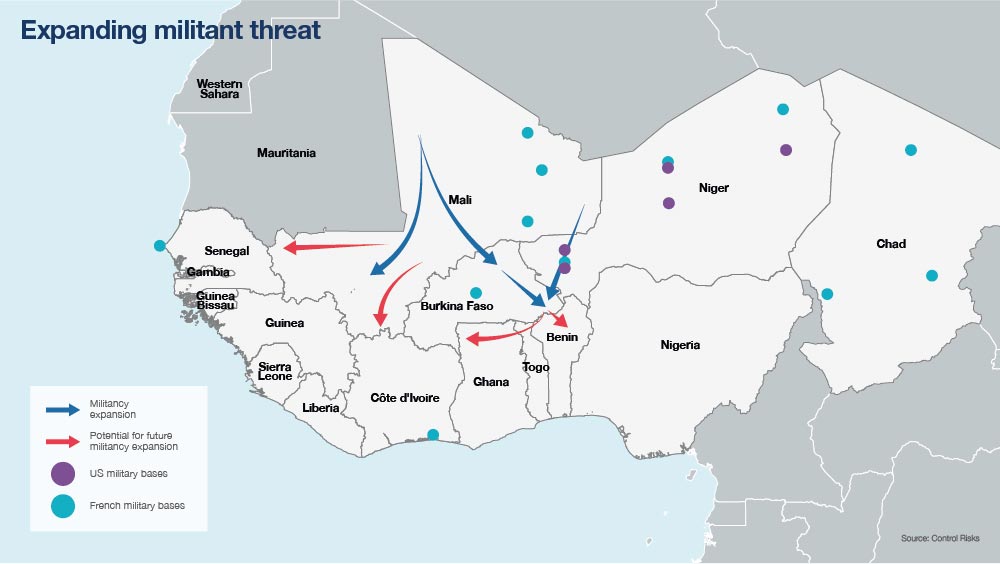 Posted by Juniper Woods at 3:52 AM