US-Russia Troops have avoided direct conflict, but how much longer? Time to end the Syran civil war is NOW. 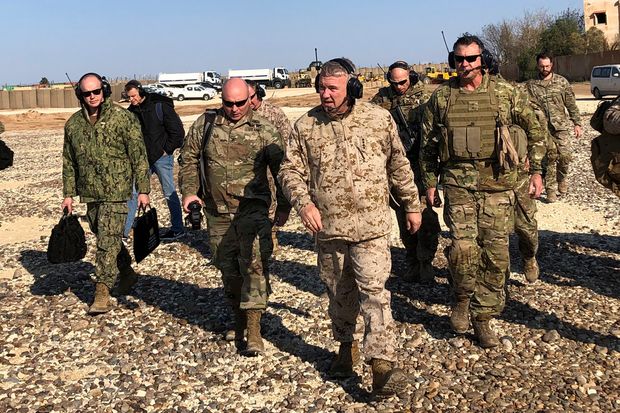 The civil war in Syria has acted as a proxy battle between Washington and Moscow; Washington supports the rebels' desire to remove Assad from office, while Moscow wants him to remain in power. Despite their starch opposition, US and Russia's troops have managed to stay out of each others' way. They signed an agreement which prevent their troops to engage in a direct conflict, but recent events seem to threaten the agreement.

According to an article published on Washington Post, standoffs between the US military and Russian troops have increased. The standoffs include blocking each others' troops, preventing them from moving freely which violates the terms of the agreement. The Trump administration scaled back the number of troops involved in Syria - from 1000 to 600 - with mission to patrol and protect the oil fields along with Kurdish fighters. Most of the standoffs occurred in Northeast Syria, an area that is deeply patrolled by US and Kurdish forces. Though the incidents have been tense, there has yet to be any use of force.

This is proof that any accidents could escalate the troops relationship and lead to a dangerous conflict. But, how do we prevent a direct conflict? The first step would be to engage in diplomatic efforts and work to solve the humanitarian crisis in Syria. History has shown that regime change rarely leads to any positive outcome. As prime examples, we should learn from Iraq and Libya. The removal of their dictators led the country into further ethnic battles, civil wars, and have destroyed the countries' economy and institutions, rendering human life impossible. This situation can not go any longer; leaders of the world order must sit down, put differences aside and come a to conclusion that will lead to lasting stability.

Many US officials have called out Russia for using its veto power to block humanitarian aid deliveries to northwest Syria, where nearly 2.8 million innocent lives are caught in this civil war and rely on this assistance to survive. It is time that US and Russia stop exploiting the situation in Syria as if it represents a threat to their national security. By further engaging in the civil war, both sides increase the likelihood of a direct conflict between them, further endanger the innocent lives, and reduce the likelihood of a peaceful resolution. I realize this is easier said than done but both sides need to come to the negotiating table and put an end to this unfortunate civil war.
Posted by Anony Mous at 9:53 PM