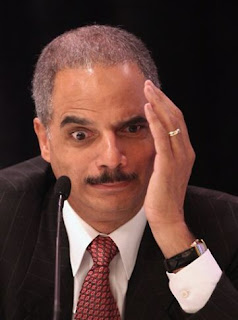 In the most elaborate public explanation yet concerning American drone operations, US Attorney General Eric Holder condoned the killing of American citizens abroad in a speech given at Northwestern University on Monday. Holder stated that the American government had the right to order the killing of any American citizen living abroad if they “posed an imminent terrorist threat and cannot reasonably be captured.”

Noteworthy highlights include Holder speaking upon due process and Fifth Amendment rights, saying that a thorough executive branch review of the facts of a case was a person’s due process, and that a citizen’s Fifth Amendment rights does not necessarily mandate an actual judicial process. He stated that when “national security operations are at stake, due process takes into account the realities of combat.” He also claimed that United States has, and will continue, to operate within the laws of war by “ensuring the target is genuinely participating in hostilities and that collateral damage is not excessive.”

As per usual, this government declaration contained vague language in which many loopholes could be created and justified. Like Bush’s term “enemy combatants,” the phrase “imminent terrorist threat” could entail a wide array of things, and thus grants government officials a substantial amount of freedom in deciding whom they want to accuse. Holder stated that there was a set of critical factors that are considered before action is decided upon, including “the relevant window of opportunity to act, the possible harm that missing the window would cause to civilians and the likelihood of heading off future disastrous attacks against the United States.”

Holder’s public statement is extremely significant, since the government’s classified drone program is not exactly widely discussed and acknowledged by the government. The interagency effort was meant to provide a public explanation of the legal framework in hopes that slightly more government transparency concerning the program would be beneficial. Although the efforts at transparency should be acknowledged, it is hard to imagine Holder’s speech swaying the critics of the drone program. The speech did relatively little to assuage the worries of critics that the American government is granting itself broad authority in killing those whose security they are supposed to protect. However, the Obama administration has been extremely successful in past drone strikes in eliminating terrorist threats, and although the constitutionality of killing American citizens can be debated, the effectiveness of the campaign or the merit of the targets previously chosen can hardly be argued from a national security/defense standpoint.