Much Ado About Nothing

Over the weekend, reports came out that two U.S. Coast Guard ships were "harassed" by Iranian naval craft in the Strait of Hormuz a week before[1]. (A link to the video released) These events certainly warrant some attention considering the heightened tensions between America and Iran and that Iran has threatened to shut down the Strait of Hormuz if sanctions are placed against its oil exports. However, in my opinion, the media and the DoD blew the events far out of proportion.

Looking at the situation more closely, three Iranian high-speed boats (approx. 30 ft in length) came within 500 yards of the USS New Orleans (approx. 680 ft in length) and would not respond to efforts to establish contact made by the U.S. ship. It's claimed that men on the Iranian boats were carrying a few AK-47 rifles, yet the USS New Orleans is equipped with two 30 mm Bushmaster II chain guns and two RIM-116 Rolling Airframe Missiles.
Really? A harassment? What could three tiny speed boat possibly do to threaten a ship with such size and attacking capability? 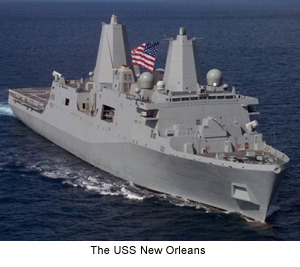 The other U.S. craft reportedly "harassed," the USCGC Adak (pictured below), is equipped with a 25 mm MK 38 machine gun, five .50 caliber machine guns, and a MK 19 40 mm grenade launcher, among other smaller arms. It is also worth noting that the Adak is approx. 110 ft in length,  over three times as large as any of the Iranian speed boats that approached it. 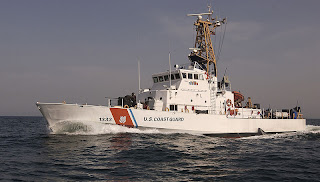 Again, I am not saying that these developments aren't slightly concerning, but they certainly should not be deemed a "harassment" to U.S. naval craft. Considering the fact that the U.S. military has admitted to flying drones over Iranian airspace, this action taken by Iran hardly warrants a provocation in my opinion. In a period of extremely elevated high tensions between the U.S. and Iran, any hostile action (or inaction, in this case) by the latter will be perceived as a potential threat and a step closer to war between the two.

Ok, so no nitpicking about any USS vessel being a navy vessel and not a coast guard vessel.
But for the threat of a single small boat: en.wikipedia.org/wiki/USS_Cole_bombing