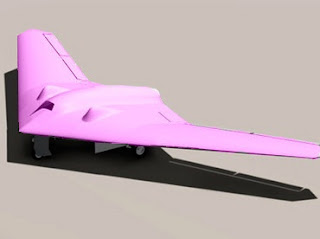 When the American drone crashed in December, Iran bragged about their self proclaimed intelligence coup when an Iranian engineer claimed he “spoofed” the American drone’s navigation system, causing to crash and thus make the intricacies of its technology available. This success has been especially welcomed by Iranians in the midst of several setbacks for the country’s nuclear efforts, including the deaths of nuclear scientists, Stuxnet, and damages done at missile and industrial sites. In an additional effort of celebration, replicas of the American drone that Iran brought down in December will be making their ways onto Iranian toy store shelves this week, with a production goal at 2,000 models a day for $4 each. Although similar toys already exist, this one is special in its availability in various bright colors and features a quote from Ayatollah Khomeini: “We will trample America under our feet.” In response to President Obama’s request for Iran to return the original US drone, toymakers have stated that a pink toy drone has already been set aside to send to the President.

The production of toy drones also makes a cultural statement in Iran, where several toys are not allowed due to their links to Western ideals and lifestyles. A substantial amount of Iranians condemn American toys, such as Barbies, due to claims of encouraging a permissive Western life style. Iranian store owners have reported that the country’s morality police have previously been sent to remove all of the voluptuous dolls from the shelves. The comparison was made years ago that the Barbie is America’s version of Troy, with cultural invading soldiers coming inside the dolls. The recent production of the toy drones renews the debate over the American soft war against Iran, in which Iranians claim the United States is trying to culturally invade Iran in an attempt to erode the religious values of the country.
An Iranian woman spoke in anonymity to reporters and expressed her frustration with the antics of the toy makers. She complained about the substantial amount of money that is being put into the production of the toy drones, while Iran, Israel, and the US are spouting war rhetoric, sanctions are increasing against her country, and the people’s savings have decreased in value by 40% in the past year. However, although she is frustrated with the frivolity of the toy creation efforts, she admitted she would probably buy one in an effort to “take the sting out of reality” and provide a bit of comic relief. It will be interesting to see how the Iranian population reacts to the toy’s production; whether they will rally behind anti-American sentiment or respond negatively to their own government’s efforts to minimize the gravity of the situation at hand. It will also be interesting to follow the American response, or lack thereof, to these actions as well.
Posted by Sharee at 11:44 PM