Someone in Beijing has been reading Mahan 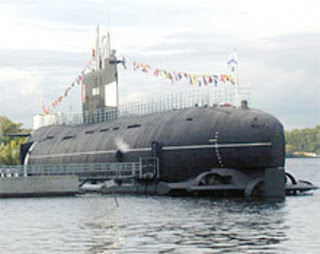 China has announced that it intends to publicly unveil  multiple nuclear submarines this Thursday as part of an international review of its navy.  This public viewing of the Chinese navy’s most advanced vessels is heralded by Xinhua, the state news agency, as a means of “promoting understanding about China’s military development” Xinhua also reported that the Chinese military hopes to dispel an suspicions that it is a threat to world security by allowing the international community to publicly view its navy and its capabilities.  The unspoken motive is that China is simply bolstering its national security and wants to make its naval capabilities public instead of hiding them from international review.  This way the world will be less anxious about hidden naval threats from the Middle Kingdom and the possibility of misunderstandings will be reduced.

Notably, senior Chinese officials have also said they would like to build an aircraft carrier to better defend their national security.

I’m all about conventional military buildups, but it seems to me that parading the Chinese navy and its nuclear submarines for an international review and announcing that (by the way) they would also like to have an aircraft carrier will not reduce the anxiety level of anyone in Japan or Taiwan.  All it will do is turn international suspicions about hidden Chinese capabilities into suspicions about known Chinese capabilities.  I doubt that there is anyone who does not believe that these vessels will not be used as leverage in some future dispute with Taiwan or to project power in the South China Sea.  Someone in Beijing has been reading Mahan and wants to get the world acclimated to the idea that China is rising power that will be capable of projecting influence across oceans.

The most irritating part about this episode is the Chinese announcing their desire for an aircraft carrier.  Submarines are cheap and efficient ways of keeping rival navies from having full control of the oceans.  By definition, they are meant to project power on the seas but not the land (with the exception of nuclear-armed submarines, but that is a special case).  Aircraft carriers are designed to project power on the seas and the land.  How can the Chinese military claim that they want suspicions that they are a threat to world security to disappear if they also claim to want vessels that can project their power into other countries?

China has traditionally been a land power, but now it is testing out its sea power capabilities.  In Strategic Thought we had a discussion not long ago about whether or not a strong land power needed to be a strong sea power as well in order to win a war against another sea power.  I hypothesized that it was not necessary as long as the land power could keep control of the land, but this episode with China has made me revise my thesis.  A land power does not also need to be a sea power to win a war, but it does need to be a sea power if it wants to be an empire.  And I think empire is where China is heading.

One thing mentioned last year in International Security is that if you purposely show everything you've got, and make it all seem big and bad, then you're obviously engaging in deterrence. This is good; it means you don't want to fight anyone.

It's only when people hide what they have and act sneaky that we should be really worried.