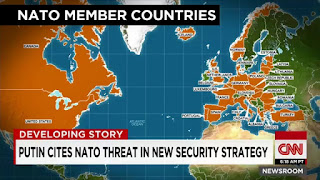 Following the dissolution of the Soviet empire in the 1990s, many foreign policy pundits from the western world including scholars and policy makers claimed that the United Stated was the sole super power and that the security threat was reduced. This argument was somehow justified. Russia, following the loss of sovereignty over a large portion of its territory, experienced a serious internal crisis. However, while Western countries led by the United States were “celebrating”, Russia seized the opportunity to build up its military empire with the aim to restore its global profile and regain its role in the international order. The aggression of Georgia in 2008 and the recent annexation of Crimea in 2014 are clearly in line with the Kremlin’s objectives. Besides that, Russia's intervention in Syria, its attempt to meddle in the US internal politics, combined with its grandiose program of military modernization, send an urgent message to Western nations.

A disagreement
For many experts in the foreign policy circle, the conflict in Ukraine has marked a radical shift in terms of the paradigms of the post-Cold War era. Even though the relations between Russia and the West have deteriorated (UN Security Council veto) since the year 2000s (international sanctions), the annexation of the Crimea and the outbreak of the war in Ukraine in 2014 have dramatically exacerbated the tensions. Many people emotionally claimed that another Cold War was on the “horizon”. However, Russia viewed this as a tactic of containment, carried out by the NATO members and characterized by the eastward enlargement of NATO and the deployment of troops near the Russian borders.
Small Baltic States are pro-western. Russia in the desire to interfere in their internal affairs often claims that the West plays a destabilizing role in these countries. The security concerns of Russian political elites have roots that go back few years ago before the conflict in Ukraine. They are largely the result of Western excessive military interventions in Bosnia, Kosovo, Afghanistan, and Iraq.
The Russian Muscles 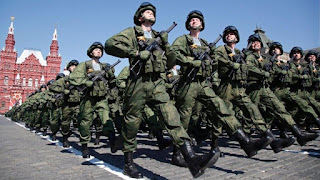 Russia viewed the eastward expansion of NATO as a threat. As the result, it took a new direction by redefining its military roles and increasing its military financial assets in order to create a more cohesive Russian society. In one way or another, Russia, by intervening in Syria, seized the opportunity to test and demonstrate its military capabilities. Also, it was “a must take” opportunity to put to use its new military equipment in the region where it had previously failed (Afghanistan in 1979). Russian remains a weak and centralized state despite its precious military capabilities. However, its growing assertiveness on the international scene should be careful assessed by the West.
The future between the West and Russia
As the future of the relationships between the West and Russia remain unclear, Russia will continue to be a security threat. The recent Brexit proves that Europe is becoming disintegrated. In addition, the rise of populism in many countries such as France, Germany, Netherlands, and more is giving an advantage to Russia. Also, claiming that “NATO is obsolete” is the biggest threat for the United States, Europe, and small Baltic states that rely on the alliance for their external defense. Finally, the cyber-attacks conducted by Russia clearly denote that Russia is waging a new form of modern warfare. 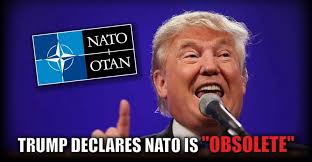 My name is Anuj Agarwal. I'm Founder of Feedspot.

I would like to personally congratulate you as your blog Defense Statecraft has been selected by our panelist as one of the Top 100 Defense Blogs on the web.

I personally give you a high-five and want to thank you for your contribution to this world. This is the most comprehensive list of Top 100 Defense Blogs on the internet and I’m honored to have you as part of this!

Also, you have the honor of displaying the badge on your blog.