Decided on a Flip of a COIN in Yemen

Decided on a Flip of a COIN in Yemen 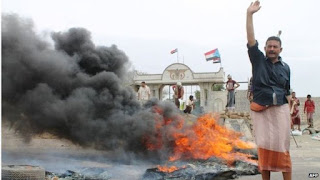 The United States has recently stayed away from conventional warfare by putting the most weight on counterinsurgency efforts, COIN. This civilian-centered idea of warfare is based on the idea that civilian populations are the center of fighting insurgencies, especially in the era of the war against terrorism. COIN has been praised by some because of its improvements to solider-civilian interactions in the field, improvements to local infrastructure and security, and the reliance on air dominance.1

This strategy has been refined throughout the years and was solidified in US military doctrine during the 2007 surge in Iraq. There is not many examples of the US implementing COIN strategy on completely failed states successfully2. (Bruno) A skeleton of state infrastructure and networks are needed for soldiers to create outposts and integrate themselves in local communities. Similarly, gathering intelligence and improving host nation-forces is difficult in a state that is failed. 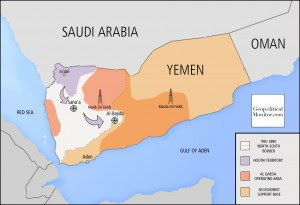 The option of COIN is not the best military strategy at the moment in the war in Yemen because the country is failed to the point that population-centered tactics are not effective until initial insurgency attacks have ceased. Protecting populations should trump insurgents with the COIN strategy, but this is made difficult without a working government, president, and infrastructure2.

As Gian Gentive stated in his critique of the United State’s FM 3-24 COIN Doctrine, the reliance of COIN as the go-to strategy is limiting our ability to fight ever evolving wars, especially ones that might require conventional warfare initially1. The coalition’s use of heavy airpower and humanitarian aid have not met their goals and often kill many civilians in their goal to target insurgency bases3. Although state-building and COIN doctrine go hand in hand together, for the case of Yemen, it’s level of state failure does not allow it to be a productive area for COIN strategy4. Potentially, flexibility away from COIN is needed to rework conventional warfare to make a break in the war in Yemen.
Posted by Unknown at 11:57 PM

Thanks for the post. People who are really concerned about their safety and the safety of people around them may take help from the MA Gun License as they can help you in getting proper training and license so as to use it in case of any emergency.