“May You Live in Interesting Times”: The Decline of the CCP, the Pakistan Plan and the Russian Model

China scholar David Shambaugh’s article in the Wall Street Journal has not only been on my mind, but also in the thoughts of news outlets and analysis firms ranging from The National Interest to STATFOR. The discussion of a possible decline in the Chinese Communist Party’s (CCP) power is certainly interesting and concerning when considered through the lens of international economics, but the issue of a politically unstable, nuclear armed China has not entered the debate (as far as I know).

If the CCP’s long slide into the woodchip heap of irrelevance has begun, then the status of a China’s nuclear arsenal, post-CCP, must be considered. There are two broad possibilities. One is that the CCP, through a peaceful transition or a tense downfall, leaves the Chinese national political stage and is replaced by singular power (maybe democratic) which inherits the CCP’s monopoly on force. In this case, the status of China’s nuclear weapons may not be a cause of much anxiety for the nations of the world. That possibility would make this a short blog entry. Let’s consider the disintegration of the Chinese state into multiple factions (as has happened many times in China’s long history), which may be at war with each other. 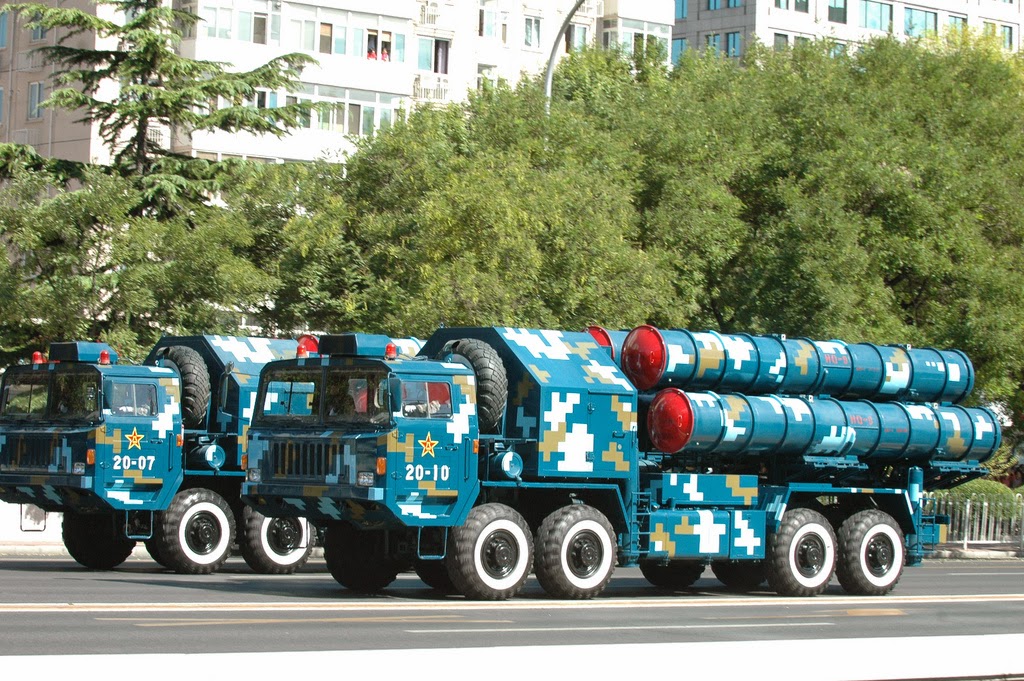 In this scenario, the issue of “loose nukes” would be of great concern for Washington. In order to frame the magnitude of the issue, a short consideration of a situation considered more plausible by the US defense establishment and international relations scholars is necessary. North Korea and Pakistan are often considered to be the two states that are the most likely to collapse and present the international community with a high stakes game of hide and seek. The size of the Pakistani arsenal (100-120 nuclear warheads), and the close proximity of non-state groups that wish the US harm, makes its case particularly alarming and interesting to game a US response to.

In Andrew F. Krepinievich’s 2009 book 7 Deadly Scenarios, he considers the difficulties, for Washington and its allies, of rounding up or destroying nuclear weapons in the case of a collapse of Pakistan. Krepinievich believed, in 2009, that the US military lacks the capabilities to simultaneously snatch and grab all of Pakistan’s nuclear weapons in the event of a collapse. At most, Special Operations forces may be able to carry out 3 simultaneous raids at a time, and this is if they are forward deployed in Afghanistan and India with the proper transport.

In order to carry out the raids, the military must first know where the nuclear weapons are. This will be the biggest obstacle to recovery and destruction operations in a fractured Pakistan. Even if the US intelligence community is able to utilize existing relationships within the ISI and Pakistani army, and form new one’s on an ad hoc basis, the ability of US aircraft to carry out strikes on hardened weapons locations will be hampered by a lack of ordinance (outside of nuclear tipped varieties) able to eliminate all positions. In addition to the scramble to destroy what weapons could be located and eliminated, Krepinievich estimates that stability operations in Pakistan would require “three to four times the size” of the peak US forces deployed to Afghanistan and Pakistan and “some $200 to $400 billion” dollars a year, based on calculations related to the costs of propping up Iraq and Afghanistan.

Now, take these issues and apply them to similar operations in a destabilized China. The US would be contending with a modernized military as a significant barrier to its access to secure nuclear weapons. Although, this problem could vary in its intensity based on the coherence of a post-CCP People’s Liberation Army (PLA). Add in the complex (and not fully cooperative) relationship between the PLA and US military. Then, consider the size of China itself, which has 9,326,410 sq km of land to Pakistan’s 770,875 sq km. Even removing the swathes of land that would be unable to host nuclear forces (mobile or otherwise), the level of accurate intelligence required to comb 9.3 million sq km of land for around 250 nuclear warheads is intimidating. Even in the event of perfect intelligence, the ability to deploy Special Operation Forces and Aircraft would be heavily affected by the ability of the US military to move those forces into positions were they could do their jobs. This would be undoubtedly complicated by the nature of US deployments in the region at the time of a collapse. If the event was sudden and unexpected, this would significantly magnify the issue.

In any case, the situation in China is very different from a terrorism perspective. The closest thing to an Islamist threat within China would be in Xian Jing. Even in this particular instance, the ethnic Uighurs are probably more concerned with political autonomy than global jihad, and those that are interested in extremist ideologies would probably be far removed from obtaining Chinese nukes, unless an enterprising PLA General sold it to them. This is what makes the China scenario more similar to the nuclear peculiarities of the USSR’s collapse than Pakistan’s.

This is where the dark sci-fi ends and hope glimmers through the curtains of this thought exercise. The collapse of the USSR was relatively sudden, and left about 3,200 strategic nuclear weapons, and 14,000 tactical nuclear weapons (the ones more easily movable and useful to small states and terrorists) outside of Russia. Many of the weapons were quickly returned to Russia, and the Russian stockpile, over the course of 13 years and $ 20 billion dollars, has decreased significantly. If politically stable, independent states emerge out of a break-up of the People's Republic of China, then the US might be able to reemploy the Russian model. 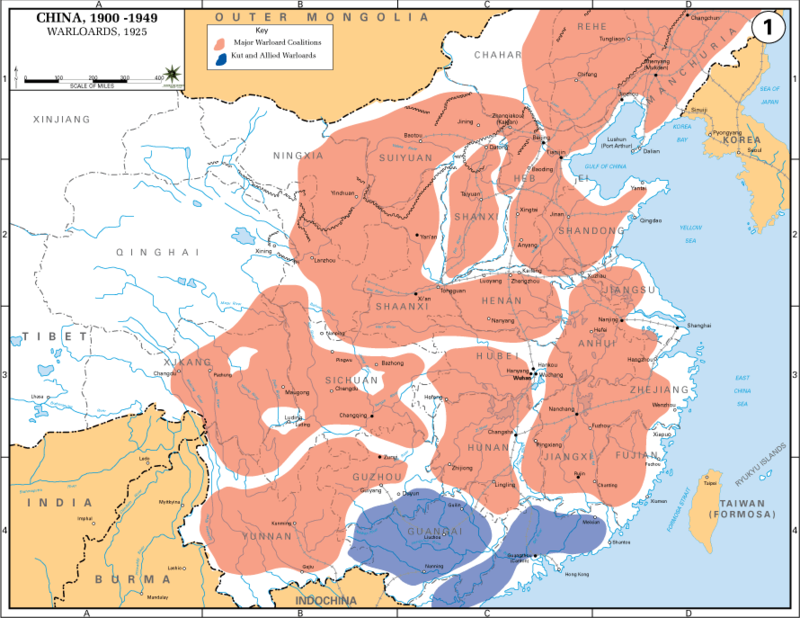 In the case of a civil war (which may be the more likely outcome, by any measure of Chinese history), the US would be forced to consider other options. Outside of overt military intervention, the US could consider political balancing, and diplomatic initiatives that would be aimed at removing nuclear weapons from contested territories (a la the somewhat successful Syrian chemical weapons model). Alternatively, per Michael O’Hanlon’s suggestions for Pakistan, the US and its allies could attempt to develop a “mobile’ border screening capability”. The US Department of Homeland Security (DHS) deploys around 20,000 personnel to secure the American border and check incoming material. O’Hanlon suggests that tens of thousands of similarly trained people would be required to secure Pakistan’s border during a crisis. A very crude calculation (based on the total length of China’s border, compared to Pakistan’s) would place the number of trained and equipped border guards to check for nuclear materials leaving China at around 7.5 times the number required for Pakistan. Ultimately, a crisis of that magnitude would require global cooperation and test the limits of international and regional organizations, as well as the power projection of the United States. Hopefully, it remains in the realm of science fiction and hyperbolic speculation.
Posted by KingFriday at 12:07 AM