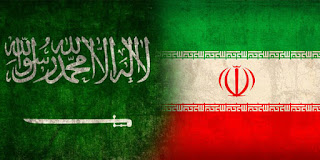 Early this week, March 3rd, the AP reported that Iran had tripled its stockpile of enriched uranium since November in violation of the Joint Comprehensive Plan of Action (JCPOA). As the potential of a Nuclear Iran becomes likely, the Middle East is possessed to see a proliferation of nations seeking nuclear weapons. Besides Israel, Saudi Arabia is likely most apprehensive of a Nuclear Iran.  The two nations have engaged in proxy wars in Yemen, Iraq, and Syria: Each competing for hegemonic influence over the region. Possession of a nuclear bomb would shift the balance of power in Iran’s failure; it would be reasonable for Saudi Arabia to seek a nuclear counterbalance of their own.
Such efforts began two years ago; Crown Prince Mohammed bin Salman (MBD) was in negotiations with the US Department of Energy and the Department of State to get US designs for nuclear power plants. There was one catch, MBD insists on producing nuclear fuel within his country. Such fuel could be diverted into a covert weapons program, precisely what the US and its allies fear Iran is doing. The Trump Administration has privately argued that if the US does not sell Saudi Arabia nuclear weapons, MBD will go to Russia or China instead. Just last March, the US approved the selling of nuclear power technology to Saudi Arabia. There is little doubt that if Iran gets a nuclear weapon, Saudi Arabia will not be far behind.
There is much debate regarding whether a middle east full of nuclear powers—Israel, Iran, Saudi Arabia—would quickly descend into nuclear war or if a détente would take shape. If Saudi Arabia were to possess nuclear weapons, are they competent enough to secure and maintain such weapons? The answer is probably no. The Saudi Arabian military—though well equipment by the US and other Western nations—obtuse, inadequately organized, and insufficiently trained. Additionally, Saudi officers are promoted not by merit but by family status and connections. Finally, there is much distrust within the military due to tribal divisions. Such factors do not bode well the kind competent command structure necessary for nuclear weapons. During the Cold War, many mistakes were made—by the highly competent US and Soviet—that nearly brought nuclear war. It is with significant doubt and apprehension that a nuclear standoff between Iran and Saudi Arabia would not end in a catastrophe by either incompetence or recklessness.