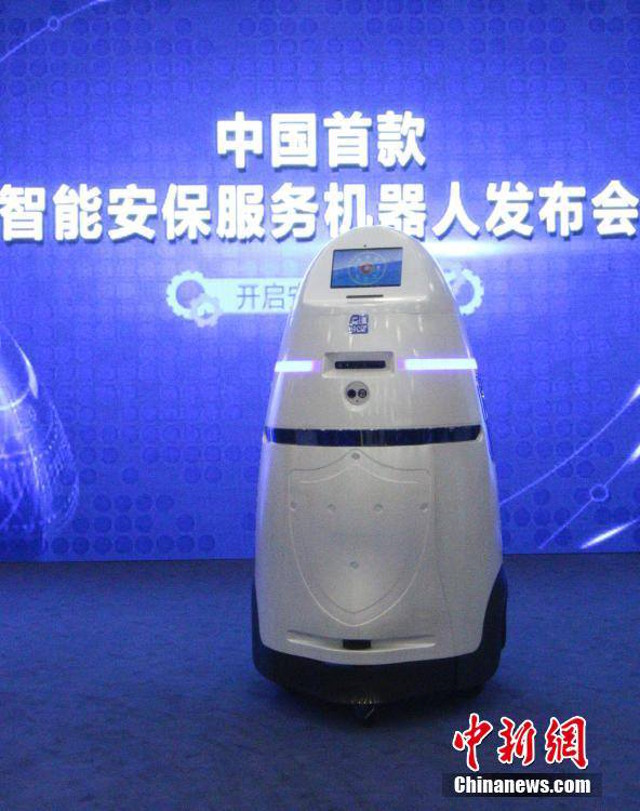 In February 2016, China first deployed the AnBot security robot at the Shenzhen airport; a year later, the Zhengzhou East railway station was granted its own patrol model. Developed by China's National Defense University, the 1.5 meter-tall AnBot (claimed to be the world's "first intelligent security robot") was designed to aid police as well as passersby. It was equipped with a system of high-definition digital cameras to allow for surveillance and freedom of movement, autonomous movement at up to 11 mph, sensors to track air quality and changes in temperature, and facial recognition capabilities. So far, its main tasks have been guard and patrol duty, but its onboard electroshock weapons coincide with criminal apprehension and riot control, if needed, and bystanders can use the touchscreen's SOS button to call the police.

Since then, China has developed and deployed several robot helpers as part of police technology integration initiative. In August of last year, the Handan Public Security Bureau deployed three kinds of robots to specifically aid traffic police: a road patrol robot, to identify and log drivers practicing illicit behavior; an advice traffic robot, to answer residents' questions and direct them from its station post; and an accident warning robot, to warn drivers about traffic accidents in the area.

Most recently, the Chinese government is preparing its technology sector (including robotics) to combat the spread of COVID-19 within its borders. Pudu Technology, MicroMulticopter, and other Chinese technology firms have developed robots to help medical staff, deliver meals to those in isolation, perform diagnostic functions, and spray disinfectants to minimize the risk of cross-infection. Deployed drones are capable of transporting medical samples and conducting thermal imaging. Experts are using AI to help them diagnose the disease and accelerate vaccine development. Even facial recognition cameras are being reconfigured to scan passersby for fever--and companies like SenseTime are working on detection software that would be able to recognize faces accurately, masked or not.