Iranian Satellite: A Defense of the Defense Shield? 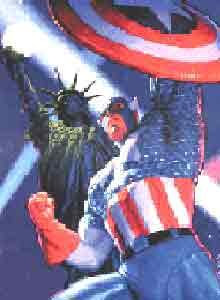 The Bush administration pushed hard for a missile defense system to be placed in Poland and the Czech Republic causing a stern reaction from Russia. Although there were serious protests from the Kremlin, the United States explained that this was to be a joint venture to protect that region from the emerging threat that is Iran. However, Russia doesn’t quite seem to see it the same way. A missile defense shield in Poland is an ominous sign for the paranoid country.

With the Obama administration, Russia may be able to rest easier. Obama doesn’t necessarily share the same enthusiasm for a defense shield. He frowns upon the large amounts of spending on something that has yet to be determined “workable.” He had yet to completely cancel all plans but the United States definitely looked like it would reevaluate the project.

This was all good and well until the recent Iranian launch of a satellite that may have him second guessing his postponement of the shield. The launching of the satellite causes some fear because it’s an indicator that Iran could potentially acquire and launch long range missiles. Currently they posses the capability of launching missiles with the range of a little over 1,000 miles. Not only is there a fear of Iran but North Korea also plans to test long-range ballistic missiles.

The question is whether or not the shield is worth the money and the increased tensions between Russia. The main argument is to protect our allies in this region, but Poland is well over 2,000 miles from Iran which exceeds their current missile capabilities. Obama has pledged to treat America’s allies better and this is an issue that will test his approach to such a theme. At any rate, the United States is taking part in the Munich Security Conference – its first appearance at a security conference outside of the United States. Undoubtedly the missile shield dilemma will be one of hot debate.
Posted by Athena at 3:45 PM

Unfortunately, I still have trouble taking the missile defense system seriously. Have we been able to invent one that actually works yet?

Mutually assured destruction is the only, and by the way, most effective nuclear deterrent. Though it's pretty nasty.

I'll be fully on board when they come up with something that actually works. Until then, this is a false choice, political football thrown around to make liberals opposed to this massive and wasteful use of government resources look weak on defense. In my opinion.