In the current age of 'War on Terror', traditional ways of thinking about war are outdated. Instead of waiting for destabilizing forces to overthrow a given government, then fighting a war to remove that illegitimate regime from power, the current trend is to keep a finger on the pulse of militants and strive to head them off before they pick up enough steam to effectively displace the governing structure of a given state. What this means is that the United States, the UN, or any force afforded legitimacy for peacekeeping purposes, can no longer simply wage large-scale military-to-military campaigns on the order of those against Japan and Germany, for example. Instead of a focused attack on a concentrated area, perhaps comparable to painting a circle within a given boundary on a canvas, we must now fling paint at multiple smaller targets without allowing the brush to touch the canvas, and hope that the paint splatters hit as many of right spots as possible, while leaving the wrong spots untouched. 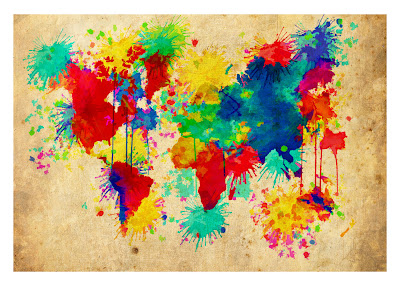 This not only requires extraordinary precision, but also leaves the attacking force entirely open to criticism, because that force isn't attacking a state military force on an acknowledged battlefield; that force is ferreting out camouflaged insurgents who are not only hiding among the general population, but are, in fact, part of the general population in the sense that they are not legitimate government actors. This makes the task of targeting these non-state actors challenging, and has changed the face of warfare. Not only must we identify insurgents and find ways to combat them on their turf while doing our best to avoid civilian casualties, but we must also make a compelling case for doing so on the stage of worldwide public opinion - a difficult task when civilian casualties are all but impossible to avoid in such an undertaking. Not only are we trying to hit a moving target, that target is moving through civilians. 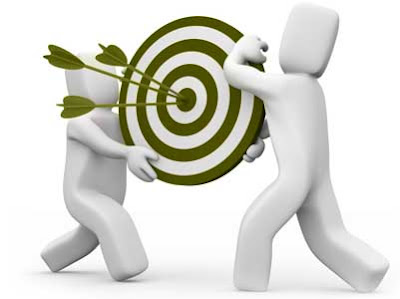 Take the AQIM in Mali, for example. A nation (France) is putting itself at a disadvantage against a non-state actor, or network of militants, by sending out ground troops. This looks to me (so, grain of salt as I'm still learning) as though the French are unwisely employing traditional warfare practices in a context where they're nearly futile. In a context where the opponent is a highly mobile, relatively well-camouflaged and coordinated network, alternative methods are in order. We don't go about containing steam the same way we go about containing water or ice. The composition of an entity is a key factor in determining how to contain it. If state military forces are comparable to matter in its 'solid' state and a fragile or weak state can be described as 'liquid', then militant networks can be described as 'gaseous' in their elusiveness to containment. By this logic, it is irrational to attempt to contain them as though they were solid or even liquid. Sending out ground troops to round up a gas cloud is a waste of time, resources, and human lives. Good intelligence and careful covert operations, including use of drones, may be our best tools in combating the kind of militant networks we're encountering in place of state-sponsored military opponents.

A case could be made that converting gases (militant networks) into solids (legitimate state actors) renders them easier to contain - as with Hamas in the Palestinian territories and the Taliban in Afghanistan. If an insurgent group is put into a position to be held accountable to a public, and especially to the international community, their credibility as rebels against what their supporters considered an illegitimate governing force (or "the man") begins to dissipate as they become "the man" themselves and inevitably fail to live up to the challenges a ruling entity must face. When you're no longer the under dog, you're no longer one of "the people"...you are "the man." 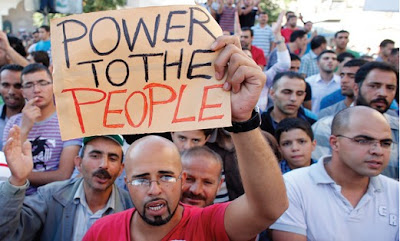 I think that both Hamas in Palestine and the Taliban in Afghanistan will be interesting cases to follow. Perhaps the best way to combat militant groups is to give them the power they think they want, then watch them fall flat on their asses. Then state actors would be free to come in and deal with them on an open field, with what would likely be greater international support - though this opens the issue of access to nuclear weapons, which certainly complicates things. I'm not dealing with that can of worms in this blog post.