This last Friday, Defense Secretary Chuck Hagel announced the US intent to strengthen its missile defenses. This statement is in response to North Korea’s ongoing provocations of an impending nuclear strike against the US. 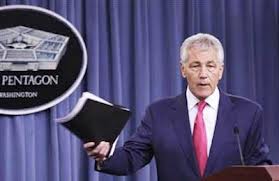 The Department of Defense (DoD) will add 14 new anti-missile interceptors at For Greely, Alaska. This action moves the deployment of a second missile-defense radar in Japan. All of these actions contradict earlier decisions made by the Obama administration. DoD hopes these implementations will strike down incoming missiles, in addition to the creation of a site on the East Coast. The 14 anti-missile interceptors will cost approximately $1 billion and will need congressional approval.
Sec. Hagel hopes these new interceptors will strengthen defense and maintain the US commitment to regional allies and partners.
With all of this being said, North Korea continued to make threats of a preemptive nuclear attack against the US. At the same time, the United Nations (UN) is preparing new sanctions against North Korea due to the February 12th nuclear test. It is important to note, nuclear experts say North Korea is not a legitimate threat to the sovereignty of the US because it still lacks the capability of connecting a nuclear weapon to an intercontinental ballistic missile (ICBM).
The announcement and actions by the DoD are justifiable because it is important to stay ahead of the threat from North Korea. Both the December rocket launch and the nuclear test elevated the risk or potential threat from a nuclear ICBM. Moreover, these actions should not be considered a balance to the ICBM arsenals in China or Russia (or Iran), and the US should clearly and diplomatically communicate with regional actors that these missile defense systems are solely for threat from North Korea.

Before the missile interceptors are implemented, the missiles should (obviously) be tested because the proposed interceptors have not hit a target since 2008. There are three contractors involved with these interceptors: Boeing Co., Raytheon Co., and Orbital Sciences Corp. 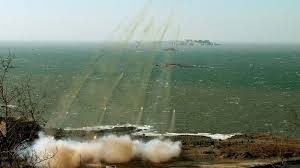 Overall, the implementation of these interceptors will present a clear message to Kim Jung-un (leaders of North Korea) and should make him think twice before continuing his current rhetoric and actions. The missiles will impose real costs for North Korea if they every decide to utilize their nuclear arsenal.
Even though the 14 interceptors fall short of the Bush administration recommendations of 44 interceptors, the strategy is a step in the right direction.
Posted by everything_is_going_farley_well at 4:27 PM