Should We Trust Israel and Allies With Our Tech? 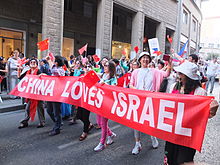 
It certainly means the the US has to be more careful with sales, even to its allies. If there is a piece of tech we’re not willing to let China or other non-allies have, we should seriously reconsider how we distribute that tech to our allies.
Posted by Unknown at 6:16 PM

Hello Everybody,
My name is Mrs Sharon Sim. I live in Singapore and i am a happy woman today? and i told my self that any lender that rescue my family from our poor situation, i will refer any person that is looking for loan to him, he gave me happiness to me and my family, i was in need of a loan of $250,000.00 to start my life all over as i am a single mother with 3 kids I met this honest and GOD fearing man loan lender that help me with a loan of $250,000.00 SG. Dollar, he is a GOD fearing man, if you are in need of loan and you will pay back the loan please contact him tell him that is Mrs Sharon, that refer you to him. contact Dr Purva Pius,via email:(urgentloan22@gmail.com) Thank you.

TODAY I GOT MY DESIRED XMAS LOAN AMOUNT $520,000.00 FROM A RELIABLE AND TRUSTED LOAN COMPANY. IF YOU NEED A LOAN NOW EMAIL CONTACT drbenjaminfinance@gmail.com

Hello, I'm here to testify of how i got my loan from BENJAMIN LOAN FINANCE(drbenjaminfinance@gmail.com) I don't know if you are in need of an urgent loan to pay bills, start business or build a house, they offer all kinds of loan. So feel free to contact Dr. Benjamin Owen he holds all of the information about how to obtain money quickly and painlessly without cost/stress via Email: drbenjaminfinance@gmail.com

Consider all your financial problems tackled and solved ASAP. Share this to help a soul right now THANKS.