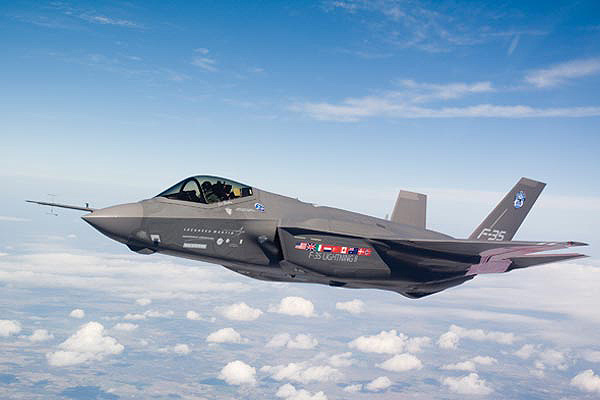 Over the last year, one of the major and more controversial decisions the Defense Department made has been to scrap the F-22 fighter jet program in favor of F-35s. Cost and functionality seemed to underlie the decision: the F-22s are extremely expensive ($350 million each) and most suitable for aerial dogfights while the F-35s are less expensive ($122 million each) and focus more on attacking ground targets. The decision also represented a shift in military procurement from seeking to build today for projected future needs to a greater preparedness for today’s wars.

The F-35 Joint Strike Fighter represents the Pentagon’s largest military procurement program. An estimated 2,456 planes will be produced at costs expected to total $300 billion over the next 25 years. The planes will be used by Air Force, the Navy, and the Marines, with modest design alterations for the individual branches. The F-35 will essentially replace the Air Force’s F-16 and A-10, along with the Navy’s F-18, as they are phased in over the next several years.

In light of the projections of the F-35 program, there is not going to be a major reduction in military spending as some analysts predicted under Obama’s democratic administration, but rather a more targeted approach with a greater emphasis on contractor accountability. Defense Secretary Robert Gates, one of the few holdovers from the Bush administration, has shown his unwillingness to accept the status quo on completion delays and cost overruns. He recently fired Maj. Gen. David Heinz of the Marine Corps, the general in charge of the program, and announced $614 million in performance fees would be withheld from Lockheed Martin. It is expected that Vice Admiral David Venlet of the Naval Air Systems Command will be assigned to run the program in the future.

While some F-35s must reach our military servicemen in the immediate future, Gates has added a year to the F-35 development phase to allow Lockheed extensive time for flight testing and troubleshooting software systems. This should reduce cost overruns in the future. For its part, Lockheed, the nation’s largest military contractor, has also agreed to absorb part of future cost overruns, should they occur.

It appears that with the F-35 program, the Defense Department and Secretary Gates has made a realist assessment of resources and budget, selected a versatile aircraft expected to assist in modern conflicts, and has imposed effective oversight on our military contractors.
Posted by General Franklin Kirby at 10:24 PM